Although black frames are currently all the rage, they have a long history. From their beginnings in warehouses, factories, and greenhouses in the 19th century, they’ve been an efficient and attractive way to bring light into a space. Historically, wrought-iron or wood was used to make window frames, which weren’t extremely efficient or flexible in design. When mild steel became widely available and a feasible building material in the 1890s, large windows with dark frames became a popular way to let plenty of light in into a space. Eventually, cheaper and lighter aluminum replaced steel, allowing for even more custom window shapes – including large windows, reducing the need for electrical lighting in a space. From this industrial history they became an element of home design, as they’re commonly seen today – as well as on your Instagram & Pinterest feeds! They’re a gorgeous piece that you’ve probably seen in plenty of home inspo photos.

This is a great look for several reasons. It’s simple and classic, so the sills won’t seem dated as styles change. Unlike a wild or overly-trendy pattern, you won’t feel the need to replace them in a few years.

These oversized window walls are great to let light in and give the room a distinct feel. Below, they also pair very well with the black ceiling beams for a powerful look.

They’re a beautiful way to add a modern yet timeless focal point to a space.

A post shared by Marie Flanigan Interiors (@marieflaniganinteriors) on Apr 29, 2019 at 6:51am PDT

We love the way that black windows work in our own home. In our kitchen, we added gooseneck sconces above for a modern farmhouse industrial feel. They’re the bold touch that adds even more personality to the space. 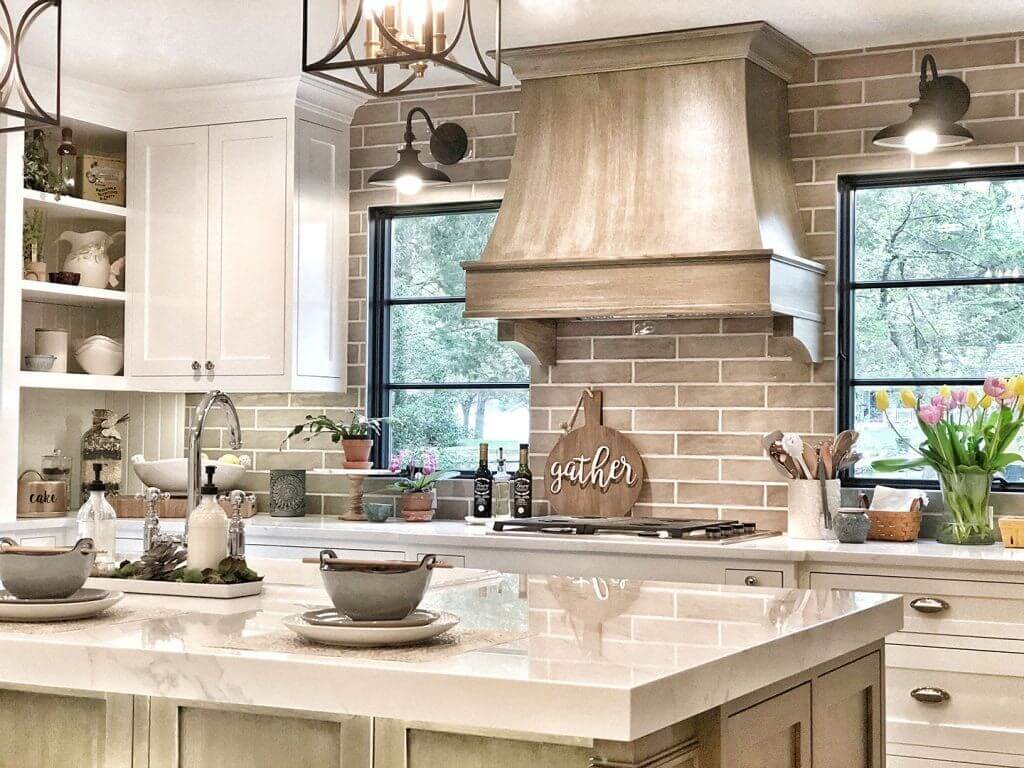